For a more scientific description, we need to start from the wafer. Flash chip particles are produced based on this wafer. A small piece, a small piece, usually called die, on the wafer is first cut and cut into chips die by die, and then tested to remove the intact, stable and full capacity die. These dies are usually called good die, which becomes a daily flash memory chip after being packaged.

No matter how high-precision the process is, there will also be defective products. For example, like CPU, the good constitution will exceed the frequency when the voltage is slightly increased, and the bad constitution will not exceed the frequency for half a day. Even because the voltage is too large, the self-protection will be cut off and shut down. These can not be used, or unstable, or insufficient capacity, or partial damage, or complete damage, these die, usually called ink die.

After the above basic knowledge is popularized, now we can popularize what is the so-called original film, white film and black film particles in the industry.

According to our popular understanding, both the original film and the white film are inspected and tested. The difference is that the original film is shipped through the regular channel of the original factory, while the white film is exported from other channels. Black chips are quite untested, but for some benefits, they still spread out. Some fake low-cost U-disks have no flash code. Some super low-cost fake U-disks on a treasure need to be careful that the flash particles are black chips.

The original is the best one, which is generally used for high-end hard disk and server storage. Similarly, the price is very expensive. Next is the white film, which we can often buy. White film is the defective product left by the original cutting. Its advantages lie in the price of common people, and its disadvantages lie in the relatively short service life. Black chips and disassembled chips are almost equivalent to waste products processed by the factory. They are purchased by a large number of profiteers, and then made into various low-end fake U-disks. The price is very low, the life is relatively short, and the stored data is very easy to be lost. The U-disks of more than a dozen pieces of a treasure are basically of this kind. The quality depends on luck.

Prev : Uncover the truth about the expansion of U disk in Shanzhai

Next : U disk is free again: the patent of luco has expired 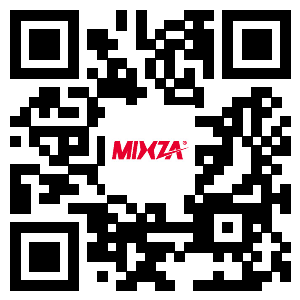